​Ancient Magus’ Bride is an interesting new read. It is a fantasy story. It has unique characters. It’s very likable. And the art style is pretty, making it worth the read.

​The story is about this girl named Chise Hatori who gets sold at an auction to an inhumane mage named Elias Ainsworth. He reveals that Chise is now his apprentice. After a close incident with fairy-like creatures, Elias tells Chise that she is not only going to be his apprentice, but also his bride. They then have fantasy adventures, meeting Angelica, an Alchemist, a priest named Simon Cullum, and Lindel, a caretaker of dragons, along the way. The story has an interesting mix of magic and non-magic, which is cool. The stories are cool and easy to follow, with the volume ending on a cliffhanger, so the narrative will continue. ​The characters make the story. The two main characters in particular. First, Chise, is a nice female protagonist, while the inhumane mage Elias, is a fun character. He is a skillful, serious mage, but he does have his comedic moments. At the same time, he is a mysterious character, as there is not a lot of information about him thus far. He is also unique in the sense that despite his mystique and power, he’s a bit of a bonehead. It’s nice that Chise doesn’t feel like a slave when Elias buys her, because he doesn’t treat her like a slave. Plus, Chise being with Elias has made her feel wanted and have a home since she has felt unwanted in her life and her mom had killed herself. So Chise becoming his apprentice is a whole new life for her. The relationship between the two makes the story flow and very likable. 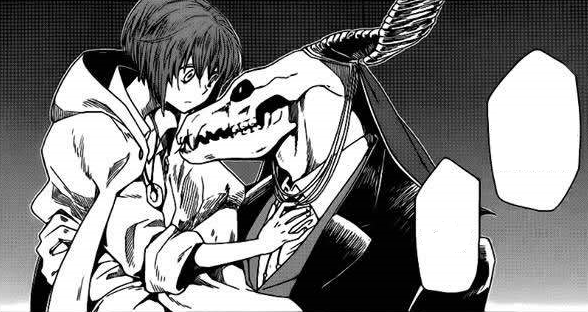 ​ The art style is well done. The designs of the characters were really unique and good-looking. The designs match the personalities of the characters, and the art style matches the fantasy tone of the story, as the creatures and magic elements are drawn well, having a style of their own. Of course, this is shojo manga, so it has romantic moments and themes, but makes its own identity known with fantasy and its darker elements. 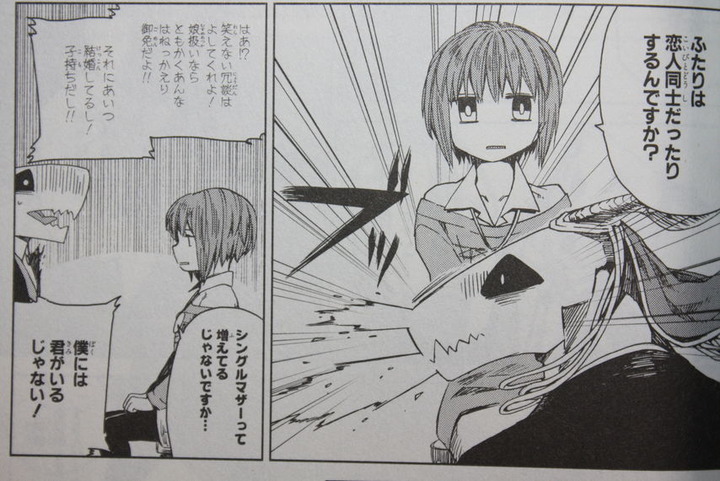 ​The Ancient Magus’ Bride’s first volume is a great shojo fantasy. It has two main characters that are likable, and not-boring. The art style is unique and very beautiful. It’s an enjoyable read. It is recommended for people who want to see something new in the genre, and fantasy story fans in general. We hope to see more of it in the future!