Say I love You manga review

Say I Love You Volume 1 by Kanae Hazuki Review

Say I love You/ Sukitte ii Nayo is a Shoujo manga. 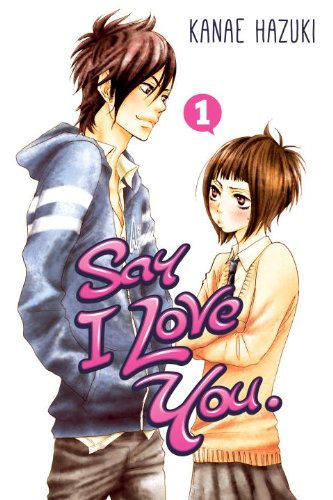 Basic Summary: The story starts with the main female character Mei Tachibana who is a loner and doesn’t try to make friends due to an accident in the past. It changes when Mei encounters a popular guy at her school named Yamato Kurosawa who becomes interested in her. She hesitates from befriending him, which changes when Mei calls Yamato to help her to deal with a stalker situation; Yamato kisses her. The insecure Mei starts to develop feelings for Yamato which leads to her jealousy. As they get closer, Mei starts to open up. She befriends a girl named Asami, who knows Yamato, as well as Yamato’s friend Nakanishi. Mei even stands up for Asami since Asami gets made fun cause of her bust size. Then, she encounters a girl named Aiko who likes Yamato; of course, Yamato doesn’t like Aiko the way she likes him. Yamato opens up to Mei and there’s a romantic moment at the end. I only heard of this series recently. I think it’s interesting that the character Mei is a strong character and thought it was hilarious on how Yamato and Mei encounter each other. Of course, we’ve seen the “popular guy” character before in Shoujo, but I give the series credit that Yamato has a caring personality. The romance does have its charm, as there is development. It’s definitely targeted for a mature audience. The manga is a fun read; I recommend it to Shoujo fans and non-action fans. I will be continuing to read and comment on this series.