The title Yami Shibai literally means Dark Play. It is a horror series animated in a style to mimic Kami Shibai (Paper drama), an old method of storytelling. Every episode starts at 5 p.m. at a children’s playground, a creepy man tells a horror myth or urban legend using Kami Shibai in every episode. The myths and urban legends range from the Talisman Woman to Tormentor. 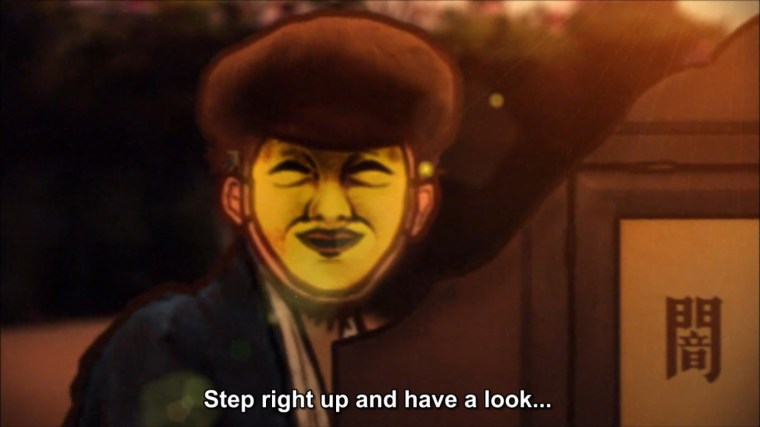 Every episode is a different story with similar elements. One of the elements is the episodes are short, much shorter than an average anime episode. Another element is they usually have unexplained or tragic endings. The ending of an episode can at times leave a viewer in thought as it does cut at a certain point. I do think the plots of the episodes are straightforward as the title of an episode says it all, but at times it just gives a hint on what you might see. For example, when I saw around episode 12’s title “Tomonari-kun”, I knew I was going see something about a kid or children. 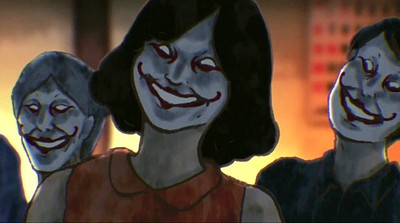 I believe the type of people that will or could be interested in watching this anime are people, who like horror or folklore related stuff. It can also appeal to people who like series that are not hard to catch up on or a quick stress relief for those on the go. Also, I believe it can be good for people that just want to see something different. Personally, I was interested in watching the series because it isn’t well known. As well as because the unique art style intrigued me. I feel that it was an example of how the anime industry could be different and creative.

There are certain things that set this series apart from other anime. One, the art style and how it tries to mimic Kami Shibai. In Kami Shibai, the images are supposed to look like story cards or paper scroll drawings. It is interesting how the art style tends to go towards a sort of realistic looking tone. At times, the animation can look like paper cut outs at times. There may be people that would be distracted by the movement of the animation, which can look restricted or limited. It’s also set apart from other anime by how the Japanese myths/urban legends/ghost stories that are shown in the series are ones we don’t often hear about. Some of the episodes remind me of Japanese horror films like Tomie and Ju-on: The Grudge, so this series does take me back to the days when horror was not overtop or too gross. I believe people should give this series a try.