Sailor Moon Crystal’s fifteenth episode was decent. The series starts on the second arc called the Black Moon arc. And we got to see a lot of things from the manga’s plot intact. The action was decent when it came to the show’s standards, but Chibiusa’s character seemed a bit better. 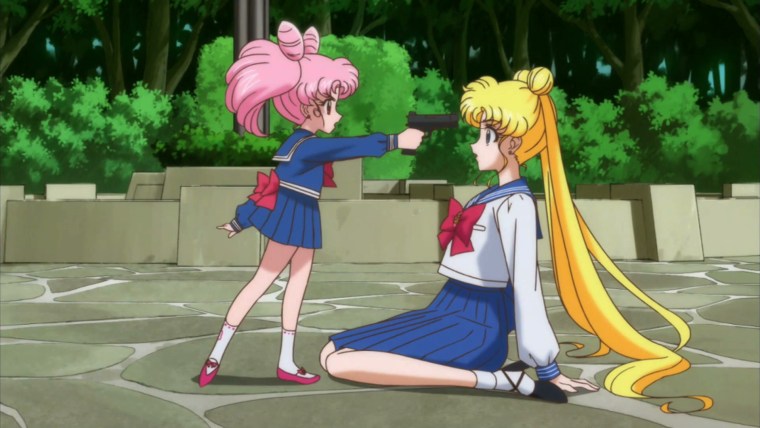 The episode kept certain things from the manga intact, but there were some differences. The episode shows the Black Moon clan characters, including the Wiseman, the Spectre sisters, Prince Demande, Rebeus, and more. Chibiusa’s also makes her first huge appearance.

This is important, because when a show follows the manga’s plot, it pleases manga fans the of the series because there are things in the manga that were changed in the 90s series. Especially when the show is advertised to follow it closely. It affects the characters because the new villains and supporting characters are going to involve the Sailor Guardians because there are many things in manga that can look cool in animation. And it’s nice when an anime follows their original source, since fans of the manga usually lament the amount of accuracy in the anime adaptation.

The action was decent, seeing some attacks and weapons from the series. It was cool to see Sailor Moon get the Cutie Moon Rod (Queen Serenity’s rod) because of her use of the well known attack “Moon Princess Halation,” and the Sailor Guardians get new transformation sticks, giving them a power upgrade. It was interesting seeing the Sailor Guardians fight Koan of the Spectre sisters, being visually nice to watch because the animation was exciting. 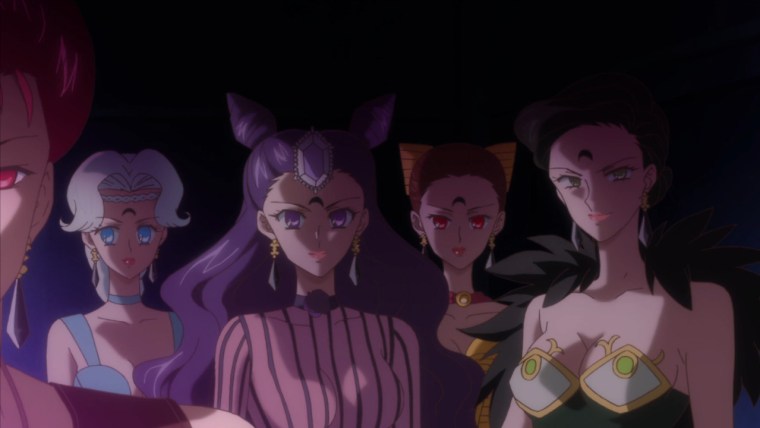 Interestingly, the episode didn’t end with a real victory. Rebeus captures Sailor Mars. Tension builds, since the Sailor Guardians will have to fight newer enemies that are more powerful, while having to save their friend. The scene had subtle action, but was a decent dramatic scene.

The episode shows off Chibiusa and her character. She is a key character in this arc, but comes off as a suspicious character. To be honest, it’s hard to write about her since she’s so complicated to write about. She is known for being annoying, and can be unlikable, especially in this arc. She has a more serious tone to her, but is too soon to say.

Some aspects of the manga being intact, the action being decent, and Chibiusa’s appearance directs how the episodes after will go. Chibiusa’s effect on the plot will depend on her actions and how she’ll respond to the other Sailor Guardians. Especially since she appears around the same time the Black Moon Clan appears. The action moves the plot, with Sailor Mars being captured foreshadowing the Sailor Guardians’ new powers, and how they will have to be used to fight their stronger enemies, and save Sailor Mars.

Things from the manga being intact will affect how the plot will go, and what will be expected for manga fans. The Sailor Guardians are about to enter new territory with battles, villians, and their own personal conflicts. I think the episode is worth watching, and hopefully the arc will look better than how it was in the 90’s.