Kaleido Star is a Shoujo series. The plot in Season one is about a young Japanese girl named Sora Naegino who comes to the U.S.A. to join a circus theatre group called Kaleido Stage. She meets people in the troupe. Sora faces obstacles along the way. Of course, drama happens especially at the last part in the first season, which I will not reveal. 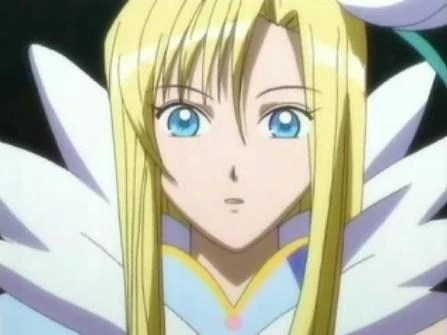 The first two episodes of Season 2 New Wings is a recap of the first season. The plot of the second season starts with Sora and her friends being at Kaleido Stage after Layla quits. New characters appear such as the cold and mean Leon Oswald and Sora’s self-proclaimed rival May Wong. Sora continues her goal of being on Kaleido Stage, but a twist is her dream changes into wanting to perform on stage with no competition. There is more drama in the second season compared to the first! You have to watch it to get what I mean.

The first season is interesting because of the characters, interesting plot and the simplicity. Additionally, the flow is timed correctly and makes it easy to understand. The second season, New Wings, was good in a general way. However, I had personal problems with it. The first and middle part of the second season annoyed me with certain characters, such as May Wong, whose motives and emotions were annoying, especially in the beginning. There were things that Sora did in the second season that bothered me; some of her actions seemed out of character. At first, viewers may dislike Leon. Later on, however, his backstory is revealed leaving a lot to reconsider. Leon’s character does get better later. I was satisfied with the last part of the second season as the end was a good conclusion.

I recommend this series for a few different reasons. For one, I think it’s particularly unique that it’s set in the states. Additionally, Cape Mary, where Kaleido stage is meant to be located, is set here in California! How unique is that! Two, a circus-theatre troupe that is not creepy is something one doesn’t see often in anime. Third, this anime is good for people that aren’t crazy for the hardcore, explosive, action anime. It’s good for Shoujo fans especially people who are fans of Junichi Sato’s works. Watch it when you have the chance.