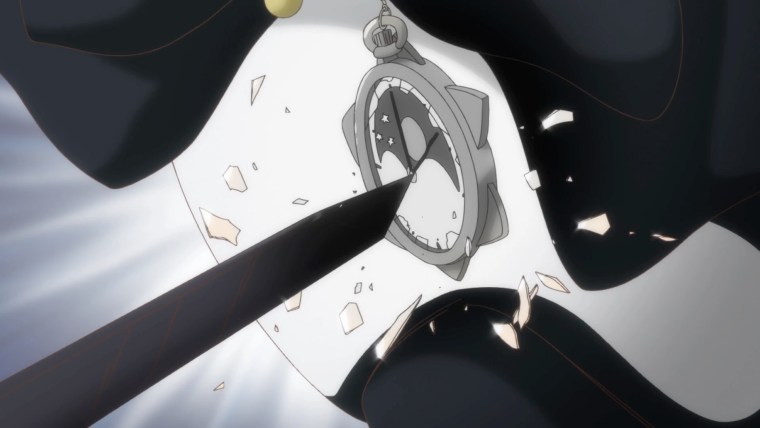 Summary: Sailor Moon and The Legendary Silver Crystal are in Queen Metalia’s grasp; the Sailor Guardians attempt to use Sailor Planet Attack but are thwarted. Luna attempts to call Queen Serenity, but there’s no response. The Sailor Guardians are flooded with light that remind them of happier times. Sailor Venus uses the Holy Sword and the other scouts gain power from their staffs, but they are still defeated. This, however, awakens Usagi who was not killed since Mamoru’s attack hit his watch instead of her directly. She takes hold of the Legendary Silver Crystal. Sailor Moon and Mamoru are released but attacked by Queen Metalia. Mamoru drops the jewel stones. Kunzite appears and reveals Metalia’s core in her forehead. Sailor Moon desperately turns to Mamoru for support and he assures her that she isn’t alone. Drawing on him for strength, she summons the Moon Staff (a longer Moon Stick). Spoilers end.

This episode was pretty decent for an adaptation, it did keep content from the manga fairly intact. The scenes between Usagi/Sailor Moon and Mamoru/ Tuxedo Mask were immensely touching; I actually shed tears when Usagi asked Mamoru for support near the end! Moments like the gut-wrenching betrayal and their reunion capture the True Love element originally found in the manga. Additionally, the makers of Crystal gave the Shoujo-romance element plenty of spot light! 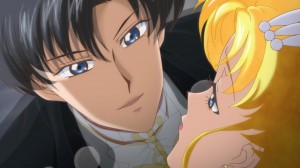 Notes on Crystal Overall: Queen Metalia’s role and animation was done well. Additionally, the tragic parts, including Usagi/Mamoru’s reunion were enjoyable. Mamoru’s supportive role shone through in this series, unlike in the ’90s anime where the role was two dimensional. There could always be more done to connect to the manga but Crystal made many improvements.