The rest of the season was okay. Of course, there were some cool things to see. At the same time, there was some creepy stuff to see. The season really stood out when Sailor Pluto’s role, the final battle, and the ending, looked better. But, there were some things in this season that just really weren’t good.

First, one of the best things were the parts involving Sailor Pluto. The friendship between her and Chibiusa was pleasant to see and gives her more personality than her Guardian demeanor does. She was interesting not only as the Guardian of the space-time door, but also as a Sailor Guardian. It was cool to see some backstory of hers, and her sacrificing herself to stop time and save Chibiusa, and the others, made her death touching and memorable. Sailor Pluto’s death causes Chibiusa to become Sailor Chibi Moon and not be the Black Lady anymore. Sailor Pluto was one of the great parts of the season and her role was much better. 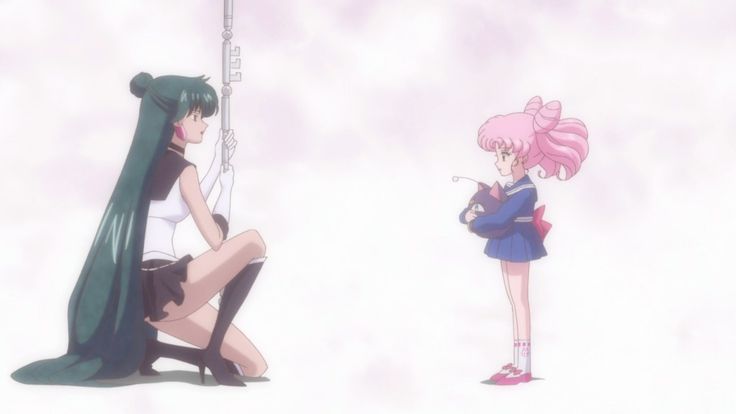 Next, the final battle and ending is better in Sailor Moon Crystal. It was cool seeing Sailor Chibi Moon and Sailor Moon use Moon Princess Halation to fight the Death Phantom. The two of them teaming up was cool to see because it was a future mom and her future daughter fighting together. After the final battle, Chibiusa and Usagi tearfully hug each other, saying they would miss each other before Chibiusa had to return to the 30th century. It was definitely cute to see. Of course, at the very end Chibiusa comes back to train and spend time with Mamoru and Usagi, implying another season, but it is not yet confirmed. 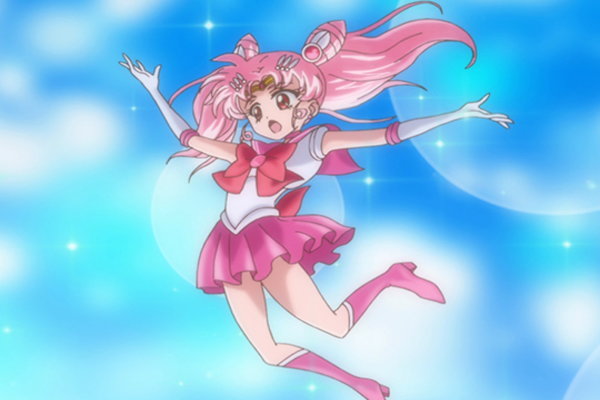 But as final battles and endings go, there were some things that just weren’t good. The villains improved a bit, but they weren’t very interesting compared to previous villians. Plus, their motives seemed a bit bland; even in the manga. But the biggest thing that caused people to cringe was when Chibiusa in her (evil) Black Lady form, gets creepily incest-ish with a possessed Mamoru/Tuxedo Mask. It is very uncomfortable and upsetting to see her kiss the man that is her father in the future. It’s disgusting to see incest-ish scenes, compared to the rest of the arc. Plus, Usagi starts to feel jealous towards Chibiusa. It was uncomfortable and disturbing to watch. It’s creepy for a future mom to see her future daughter as a romantic love rival! Thankfully, after Chibiusa becomes Sailor Chibi Moon and stops being the Black Lady, the weird stuff ends. Though it is still disgusting. And hard to forget. Especially if you oppose incest. It was supposed to play a role in the story, but it doesn’t make the story better and it wasn’t even necessary! 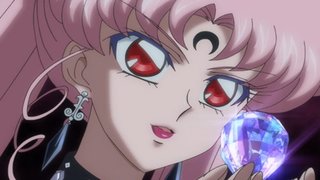 The season had its good things, and its not-good things. The character of Sailor Pluto was one of the best things, because she played such a great role. And, the ending and the final battle looked great and was much fun to watch. But, there was the negative parts in the season, like Chibiusa as the Black Lady…

The season is over and we get an implication, of a possibility, of the series continuing, but it is not yet confirmed. There’s still hope that an awesome arc may be in the series reboot. Hopefully, the series would continue to do the rest.