Once Upon A Time has revealed certain character choices for Season Four!
As most of us remember, OUAT has introduced Queen Elsa as their main villain in it’s upcoming season. Just in today, they’ve cast Elizabeth Lail (Anna) and Scott Michael Foster (Kristoff) in their roles. Still to come is Queen Elsa’s casting and other possible characters.
Elizabeth Leil seems up to the task of portraying Anna! She has plenty of theater background, including shows like Henry V and As You Like It. Her film career is limited to short films at the moment but that’s what gives this actress her big debut through Once Upon A Time (UNCSAdrama2014). I can’t wait to see her dressed as Anna; her beautiful hair matches the color but her features don’t seem quite as rounded. It will be interesting to see if the directors chose her because she looks as if she’s grown up and has dealt with the world now. 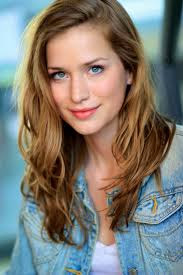 (UNCSAdrama2014)
Scott Michael Foster, known most for his ABC Family role on Greek (“Cappie”) seems an odd fit for Kristoff. Cappie was a character similar to the fun loving Anna, a “Partier” who hides his intelligence (IMDb). Being best known for such a position may lose some of his current fans in the up coming role of the hardheaded Kristoff but we can’t wait to see him anyway! His shaggy hair, piercing lips and the bags under his eyes might just be enough to pull off Kristoff’s hard life! Let’s see if they highlight such natural beauty or if they attempt to cover it up!

(TVGuide)
Anna is similar to her role in the movie but it appears we meet them all after the movie ends.
What a wonderful way to continue the story and develop the Kristoff character (tvline.com). As he’s just entering his life in the palace, I wonder if they will create a plot line on him adjusting into it just to be thrown for a loop or if they will show him rising to the challenge?
There’s yet to be news on who will be cast as Elsa, our Frozen Queen, but maybe no news is good news for our critics! 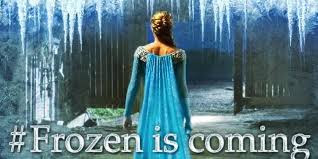